What Do We Know About Mental Illness? Part 5 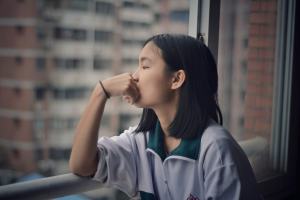 Many mothers suffer from “baby blues” after childbirth, but some experience a more serious form that can interfere with mother-child bonding and even threaten their and their child’s lives.  As with other types of mental illness, the causes of postpartum depression are not well documented.  The sharp decrease in estrogen and progesterone after childbirth is a suspect as are the myriad emotional issues associated with such a dramatic change in one’s life.  After my birth my mother suffered from the even more severe postpartum psychosis in which she experienced paranoia about my father’s sex life and work.  In her case she had been administered scopolamine to induce “twilight sleep” and this drug may have played a role.

Now greater attention is being paid to alleviating postpartum depression, interestingly enough from two very different perspectives—one focusing on counseling and the other on a very expensive drug, administered as an infusion over a 60-hour period while the mother is in a medical center.  The first aims at helping poorer, at-risk mothers while the latter provides immediate relief and until the recent F.D.A. approval could only be afforded by the well-off.  F.D.A. approval could, however, lead to its coverage by insurers and there may be a more inexpensive pill developed down the road.  Still, in either case, money is at issue.  Let us hope that it does not result in good intentions unrealized.